Australia is a vast, exciting country and boasts astonishing natural beauty, relaxed beachside cities, diverse cuisine, and plenty of active pursuits – ideal for a perfect luxury holiday. Whether you want to relax on a beach, hike through the bush, dive in the ocean, or just taste your way round the wine region, holidays to Australia can be as fun-packed or relaxing as you want them to be. There are plenty of ways to explore this hugely diverse country, including romantic railway journeys and self-drive tours.

Whether you’re interested in wildlife, rock art, photography or local culture, don’t miss the chance to explore the breathtaking horizons and open skies of the real Australia. Breathtaking Uluru (Ayers Rock) is best viewed from the air on a helicopter tour, or by early morning hot air balloon ride. You’ll have panoramic views of the outback bushland bathed in the dawn light, which is certain to remain with you forever. If heights aren’t your thing, you can join a motorcycle or 4WD outback tour, but make sure you also get out on foot to appreciate the vast open spaces, and the ever-changing colour of the rocks against the sky.

One of the seven wonders of the natural world, The Great Barrier Reef is said to be the only natural phenomenon that can be seen from space. Stretching more than two thousand kilometres along the Queensland coast, its star attractions are under the water’s surface, and include tropical fish, sharks, whales and a huge variety of coral. As well as diving, snorkelling and swimming, there are a range of other experiences that allow you to get up close with the marine life without actually getting wet. From glass bottomed boats to sailing trips with experienced naturalists, hikes along the beaches and even a living coral reef aquarium.

With a characteristically laid back vibe, Australia’s beachside cities offer plenty of places to eat, drink, and relax. They also boast an eclectic mix of colonial architecture and modern buildings, and a great way to explore them is to wander around on foot. Don’t miss a boat cruise on Melbourne’s Yarra River or a visit to Brisbane’s south bank district. As one of the world’s most exciting and diverse culinary destinations, with influences from Europe, South East Asia and beyond, you’ll also find Australia boasts some of the best cuisine anywhere in the world. This combined with wonderful wines makes Australia a gastronome’s delight. Whether you choose to explore Perth’s suburbs or Sydney’s iconic harbour, you’ll find Australia’s cities diverse, exciting and unique.

Australia is a large continent and the weather can vary depending on regions. A lot of the mainland is desert and this leaves a northern tropical climate with temperate weather in both the south-west and south-east.

Experiencing annual rainfall below 600 millimeters, it is one of the driest parts of the world and, being in the southern hemisphere, they have opposite seasons to the UK. This means that their seasons are:

Autumn: March to May

Sydney – Boasting sunshine for 340 days each year, it gets hot (26ºC) and humid in the summer months while dropping to 16ºC during the summer.

Melbourne – The city gets changing weather that goes from cooler winters (14ºC) to mild springs and warm summers (29ºC).

Adelaide – The driest city in Australia, summer months sometimes don’t get any rain at all while hitting 29ºC and the pleasant winters see temperatures around 16ºC with some rainfall (June gets around 80 millimetres).

Brisbane and the Gold Coast – Popular for the Great Barrier Reef, this part of the country comes with a subtropical climate. You can get upwards of 250 days of sunshine a year here and the summers tend to be hot and humid with a risk of rain and thunderstorms. Winters have blue skies with dropping temperatures in the evening. 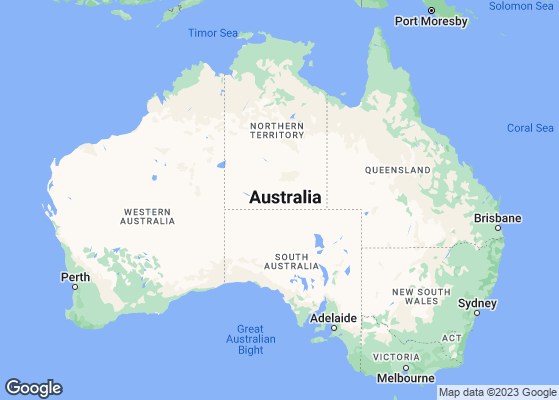